In 2020, global defence spending reached the highest annual level since 1988 at $1.98 trillion1 and is expected to increase in the coming decade.

Greater collaboration between the offshore energy and defence sectors could open up lucrative opportunities for the underwater industry, according to the Global Underwater Hub. Subsea Expo organisers will be highlighting how advanced underwater technology could solve key challenges facing both sectors on the first day of the flagship event on 22nd of February.

Further analysis from the UK Defence Solutions Centre (UKDSC) indicated a total global maritime market worth almost $800billion to 2029. Of this total, the underwater market comprises submarines and unmanned underwater vehicles which are forecast to be worth $287billion2.

Neil Gordon, chief executive of the GUH, said: “Defence science and technology spend is on the rise. The defence sector, with an established track-record in adopting technologies to meet its underwater challenges, has a strong supply chain but recognises the value in cross-sector capabilities. The defence sector is particularly interested in in-water marine operations, through water communications, energy transition propulsion systems, underwater robotics, and autonomous operations – areas where the offshore energy segment excels.”

The defence session at Subsea Expo includes a presentation from Andrew Woollven, EODEX Managing Director, discussing ways in which military solutions such as low order deflagration can be adapted for the commercial sector to mitigate the underwater unexploded ordnance (UXO) threat.

Over 100,000 tonnes of unexploded ordnance lie in waters around the UK, left over from the World Wars. This ordnance needs to be cleared ahead of offshore wind farm construction.

Traditionally, UXOs were dealt with using a process called ‘high order detonation’. However, this causes huge distress to the seabeds and marine life, threatening the survival of mammals, and other marine life which are dependent on their auditory system for navigation, feeding, and communication. Excessive noise can cause permanent injury and lead to mass stranding events, such as at the Kyle of Durness in Scotland where 39 long-finned pilot whales were beached following nearby munition disposals in 2011.

EODEX’ low order deflagration is a proven solution used in the military for nearly 20 years and offshore wind developers are increasingly interested in adopting it for commercial applications. It has been verified by UK National Physical Laboratory to safely neutralise munitions on the sea floor without damaging sea life or the seabed.

Using only 20-50 grammes of explosive, a low-density cone is fired into the munition, causing its explosive contents to ‘burn out’ gently from the inside. The casing of the UXO/MEC cracks open but the munition does not detonate. This low order technology has now been formally recognised by UK government as being the preferred methodology for future commercial offshore UXO disposal campaigns.

Mr Gordon added: “The focus on defence at Subsea Expo will identify specific opportunities for underwater companies and enable conversations which could pave the way for collaborative problem solving and multi-million pound deals. Companies such as EODEX which provide military capabilities for the commercial subsea sector are a great example of the cross-sector collaboration that the Global Underwater Hub aims to facilitate.” 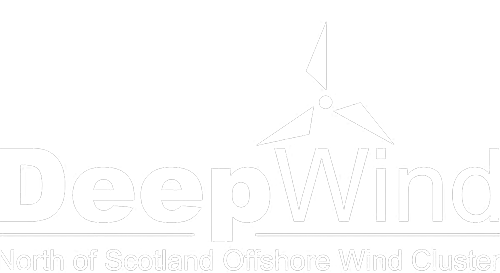